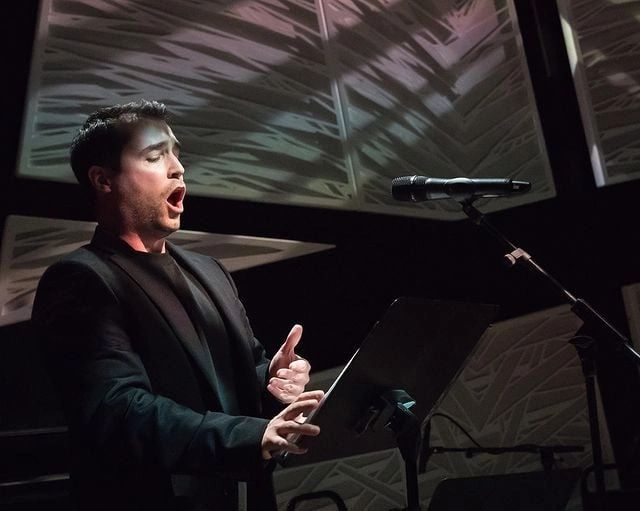 Opera News has hailed American tenor, Alex Mckissick, as possessing a “melting tone and poignant phrasing” and reviewed a recent performance saying “[his] soaring voice brought the evening to a sweeping conclusion.”

Mr. McKissick started off the 2023 season with an acclaimed role debut as Don Ottavio in North Carolina Opera's  production of Mozart's Don Giovanni. He can frequently been seen on tour with world famous trumpeter Chris Botti throughout the USA performing favorite selections of Sartori and Puccini. Alex will make another company debut this coming May with The Cleveland Orchestra as Joe in Puccini's La fanciulla del West under the baton of Maestro Franz Welser-Möst. Highlights of his 2022 season include the world premiere of two Georgia Shreve oratorios, Lavinia and Anne Komnene, at Alice Tully Hall under the baton of Steven Mercurio;  a performance with Camerata Notturna of Beethoven Symphony #9 alongside soloists Siphokazi Molteni, and Matthew Rose; as well as several aria-filled galas with Berkshire Opera Festival, and Chamber Orchestra of the Triangle.

Mr. McKissick was scheduled to make his debut as Tamino in The Magic Flute with Opera San José under the baton of Donato Cabrera before the pandemic forced its cancellation. In the summer of 2019, he covered the role of Rodolfo in La bohème with the Des Moines Metro Opera conducted by Michael Christie and in 2018 performed the title role in Roméo et Juliette with the Wolf Trap Opera led by Eric Melear. He has sung regularly with the Washington National Opera in such roles as Nikolaus Sprink in Kevin Puts’s Silent Night, Roderigo in Verdi’s Otello, The Governor of Montevideo in Bernstein’s Candide, the 1st Armored Guard in The Magic Flute, as well as covering the title role in Faust.

Past performance highlights include Alfredo in La traviata at the Aspen Music Festival; concerts with the Georg Solti Accademia in Venice, Italy; the tenor soloist in Handel's Messiah with the Richmond Symphony and Beethoven's Symphony #9 with the Charleston Symphony Orchestra; and the roles of Monostatos in Die Zauberflöte, Le Journaliste in Poulenc’s Les mamelles de Tirésias, Ein Soldat in Ullman’s Der Kaiser von Atlantis, and Brack Weaver in Kurt Weill’s Down in the Valley at the Juilliard School of Music. Mr. McKissick has worked with conductors Eun Sun Kim, Daniele Callegari, Keri-Lynn Wilson, Nicole Paiement, as well as stage directors David Alden, Francesca Zambello, Tomer Zvulun, Octavio Cardenas, Christopher Mattaliano, and Garnett Bruce. He has coached with Richard Bonynge, Carmen Giannattasio, Angela Gheorghiu, and Anthony Legge, in addition to participating in master classes with Fabio Luisi and Emmanuel Villuame.

Mr. McKissick is a highly sought-after recitalist in the Washington, D.C. metro area where he has appeared at the Renwick Gallery, Dumbarton Oaks, the Cosmos Club, the Metropolitan Club, the United States Supreme Court, and a number of private concerts at various embassies and residences of important officials. His recording of Bernstein's Songfest, released on the Naxos label, was under consideration for a Grammy Award nomination and his CD Una notte a Napoli, recorded live at Switzerland’s Victoria Hall in Geneva, is available at select locations. Mr. McKissick is a 2018 Sullivan Foundation Career Grant Winner, a 2017 Sara Tucker Study Grant Winner, a 2018 Operalia quarterfinalist, and a Toulmin Scholar. He received his Bachelor’s of Music and Master’s Degree from the Juilliard School of Music. Mr. McKissick is an alumnus of the Cafritz Young Artist Program at the Washington National Opera.